The Unique Value of The Psychedelic-Assisted Retreat Model

During October's edition of The Explorer's Edge, we will be joined live by James Clifton, Lead Facilitator at Synthesis Institute. We’ll explore the role of a professional psychedelic facilitator, the skills and practice needed to become one, and what one can expect from participating in a psychedelic-supported retreat at Synthesis.

In his role as Lead Retreat Facilitator at Synthesis since 2019, James has led dozens of retreats supporting over 400 participants. His personal journey with psychedelics began many decades ago in the 1980s, and he began facilitating for others a decade later in the 1990s. In addition to his work in retreat facilitation, James serves as a core faculty member for the Psychedelic Practitioner Training. He recently facilitated 50 psychedelic practitioner trainees through their psychedelic self-experience in the context of becoming a professional facilitator.

At the Synthesis Institute, James’ responsibilities include:

During this gathering, we will explore:

The Synthesis Way - an Interdisciplinary and Non-directive Approach to Psychedelic Facilitation:


The Nuanced and Multidimensional Role of the Lead Retreat Facilitator:

For more than three decades, James has studied many of the world's perennial philosophies and engaged deeply in a number of the great wisdom traditions, with a specific interest in non-ordinary states of consciousness. Formally trained in transpersonal psychotherapy, integral coaching, and working with trauma and addiction, his vast experience is particularly centered on tracking tension and points of change and growth in individuals and groups. His unique wisdom allows him to facilitate psychedelics and entheogens as catalysts for authentic transformation. 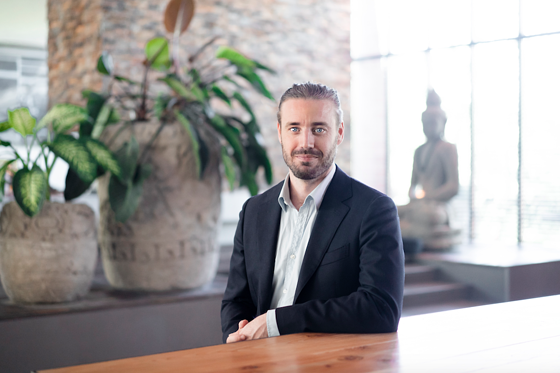 Martijn has championed the vision of Synthesis since he co-founded the organization in 2018. Formerly CEO and now Chief Visionary Officer, he has stewarded Synthesis from early concept to a maturing organization with the mission of making professional, legal, and ethical psychedelic experiences accessible. Under Martijn's leadership, Synthesis' began its development of "The Synthesis Way,' a wisdom-inspired, science-informed, and ethically sound retreat container pioneered via an interdisciplinary and non-directive approach to facilitation that acts as the foundation for all of the organization's retreats and training programs.

The Explorer’s Edge exists to educate people on a vast array of relevant and timely psychedelic topics. Each month we will gather in a live, online community forum and focus on the exploration of a topic, aiming to create a safe and inspiring place where people from around the globe can plug into the pulse of the modern-day psychedelic movement by gaining access to relevant information, trusted experts, and valuable insights into the potential rewards and risks of psychedelics as told through the experiences of those on the leading edge of the psychedelic resurgence.

Whether you are a seeker or a psychonaut, a psychedelic doubter or believer, or somewhere in between, we applaud your curiosity and welcome you on this journey.